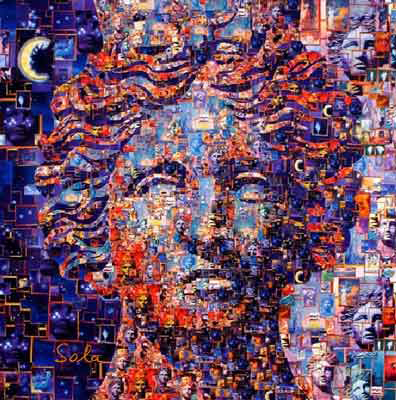 Ibiza is an island steeped in myths, magic and legends, and perhaps none so prevalent as the ancient tale of the Goddess Tanit, who, for centuries has been celebrated as the Goddess of Ibiza, a warrior woman who represents fertility, dance & creation of life. Also known as a guardian of womankind and all things feminine, her presence is felt by many women who travel here to seek solace, soothe troubled souls and find peace and guidance on this magical island, whom so many before them have done.

Tanit´s image can be found in many places across the island, from private pieces of art adorning the walls of hotels and villas, to ancient carvings to be discovered in mystical places such as Atlantis, Es Vedra and most of all, in the historical cave hidden deep into the rocks on the road to the beautiful bay of Cala San Vicente, where settlers created a temple for their Goddess Tanit many thousands of years ago.

This spectacular cave, to be found nestled high above the picturesque village, is some 150 metres high and was discovered in 1907, by the Archaeological Society of Ibiza, who unearthed over 600 carvings, stautues and other commemorations to this empowering Goddess. The official name of the cave is the Cova d’es Cuieram, and legend has it that this sacred space has been inhabited since many thousands of years ago, when much of the island’s tiny population worshipped the goddess Tanit as their deity.

A visit to Tanit´s cave is often a popular choice on our group retreats, with so many women feeling an almost inexplicable connection to the island and her femininity, so, should you wish to discover more about Tanit, and unleash your inner warrior woman, then contact us now to reserve  your space on one of our life empowering retreats.

Email us at info@ibizaretreats.com to claim your heart space today.

Change of season, change of habits!